How the Bible Shaped America

You are invited to join us!

How the Bible shaped America; the Truth about Our Nation’s Past

America’s Christian Heritage: Understanding and Restoring the “One Nation under God”

Registration and Information: Due to limited space register at www.IBA777.org Call 406-531-1298 for more information. No assigned seats, registration being used to track expected attendance.

9:00-10:00 AM     “Faith of our Founding Fathers and is America a Christian Nation?” David Barton, Historian and Author, WallBuilders

10:30 – 11:30 AM   ” How Biblical Authority Shaped America, Truth about Our Nation’s Past and Heritage”– David Barton, WallBuilders

Sunday Morning Recording – Listen to Sunday Morning Sessions after 12 pm on Sunday, the live stream will be recorded and posted – Go to IBA777.Org Click More Info Button on Event Site

All Sessions Recorded for future viewing – Go to IBA777.Org or Crosspointmt.com

David Barton - is the Founder of WallBuilders, a national pro- family organization that presents America’s forgotten history and heroes, with an emphasis on our moral, religious and constitutional heritage. WallBuilders is a name taken from the Old Testament writings of Nehemiah, who led a grassroots movement to rebuild the walls of Jerusalem and restore its strength and honor.

In the same way, WallBuilders seeks to energize the grassroots today to become involved in strengthening their communities, states, and nation.

David is the author of numerous best-selling books, with the subjects being drawn largely from his massive library of tens of thousands of original writings from the Founding Era. He also addresses well over 400 groups each year. His exhaustive research has rendered him an expert in historical and constitutional issues and he serves as a consultant to state and federal legislators, has participated in several cases at the Supreme Court, was involved in the development of the History/Social Studies standards for states such as Texas and California, and has helped produce history textbooks now used in schools across the nation. A national news organization has described him as “America’s historian,” and Time Magazine called him “a hero to millions – including some powerful politicians.” In fact, Newsmax named him as one of America’s top 100 most influential evangelicals, and Time Magazine named him as one of America’s 25. David has received numerous national and international awards, including Who’s Who in Education, DAR’s Medal of Honor, and the George Washington Honor Medal from the Freedoms Foundation at Valley Forge. His work in media has merited several Angel Awards, Telly Awards, and the Dove Foundation Seal of Approval.

David and his wife Cheryl reside in Aledo, Texas, they have three grown, married children (Damaris, Timothy, and Stephen), and four grandchildren.

WallBuilders is an organization dedicated to presenting America’s forgotten history and heroes, with an emphasis on the moral, religious, and constitutional foundation on which America was built – a foundation which, in recent years, has been seriously attacked and undermined. In accord with what was so accurately stated by George Washington, we believe that “the propitious [favorable] smiles of heaven can never be expected on a nation which disregards the eternal rules of order and right which heaven itself has ordained.” Go to Wallbuilders.org to learn more and support.

The Institute for Biblical Authority

The Institute for Biblical Authority is a bionically based nonprofit organization dedicated to upholding and strengthening the principle that the Bible is the life-changing authority for human lives. As science is progressing, it is demonstrating overwhelming evidence for a Creator. We seek platforms to share this truth to both believers in Christ and those who remain skeptical. Our Mission is to engage the world with the truth found in God’s Word, which is the foundation of everything.  Go to IBA777.org to learn more and support.

POINTING PEOPLE TO GOD'S PURPOSE FOR THEIR LIFE...

GET OUR CHURCH APP 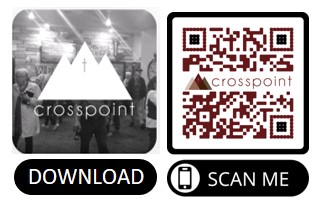